After struggling to build Atom on windows, I've finally managed to make a redistributable package for it. Unfortunately there's no official release for Windows yet, so I had to take matters into my own hands.

This build was tested on both Windows 7 and 8. If you're having issues with the build that aren't in other versions of Atom (e.g. the mac version), please email info #at# someguy123.com with details, and I'll try to help out. I'm also in the ##atom channel on Freenode IRC as Someguy123 if you use IRC.

Disclaimer Use at your own risk. I am not the creator of Atom, I do not work for Github, so I am not responsible for any damages caused by using the application. This application is provided with NO WARRANTY from myself.

NOTE: Scroll down for the Troubleshooting section if you're having trouble making the build work.

If you want to install packages, you also need to install Visual Studio 2010 C++ Express (free from Microsoft)

Want to thank me? I accept bitcoin @ 1SomguYYsdeBFYv9ujGt1V64PwssXco5z
Screenshots 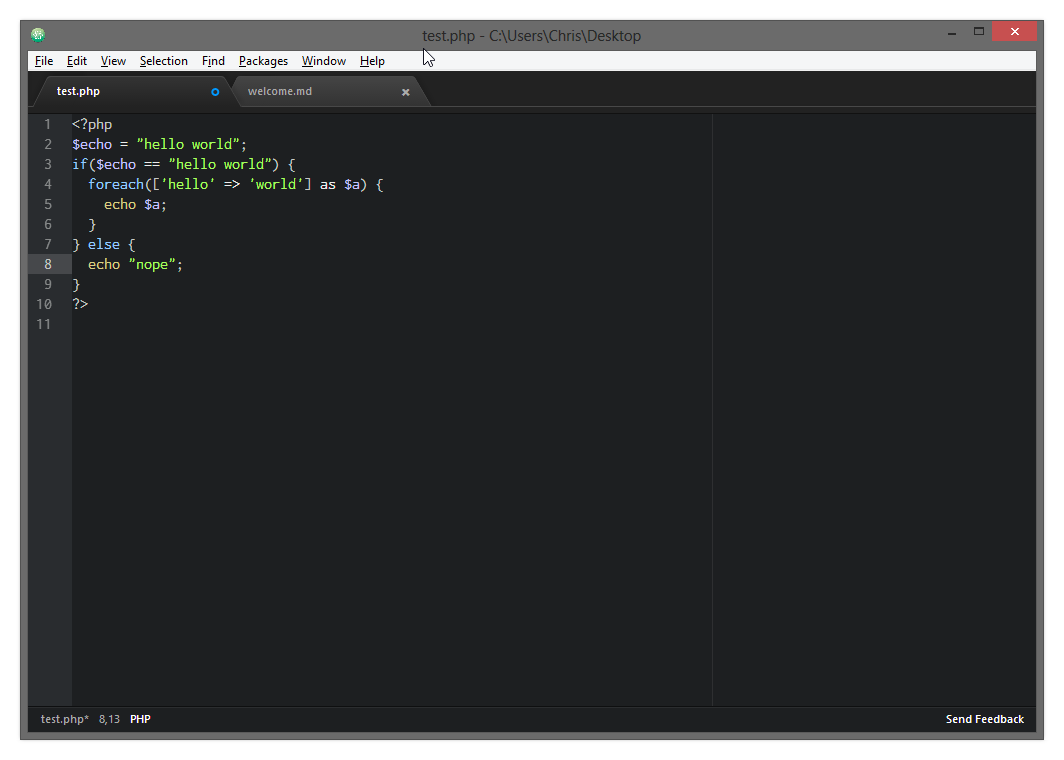 Screenshot working on a clean install of Windows 7 (with mvc runtimes): 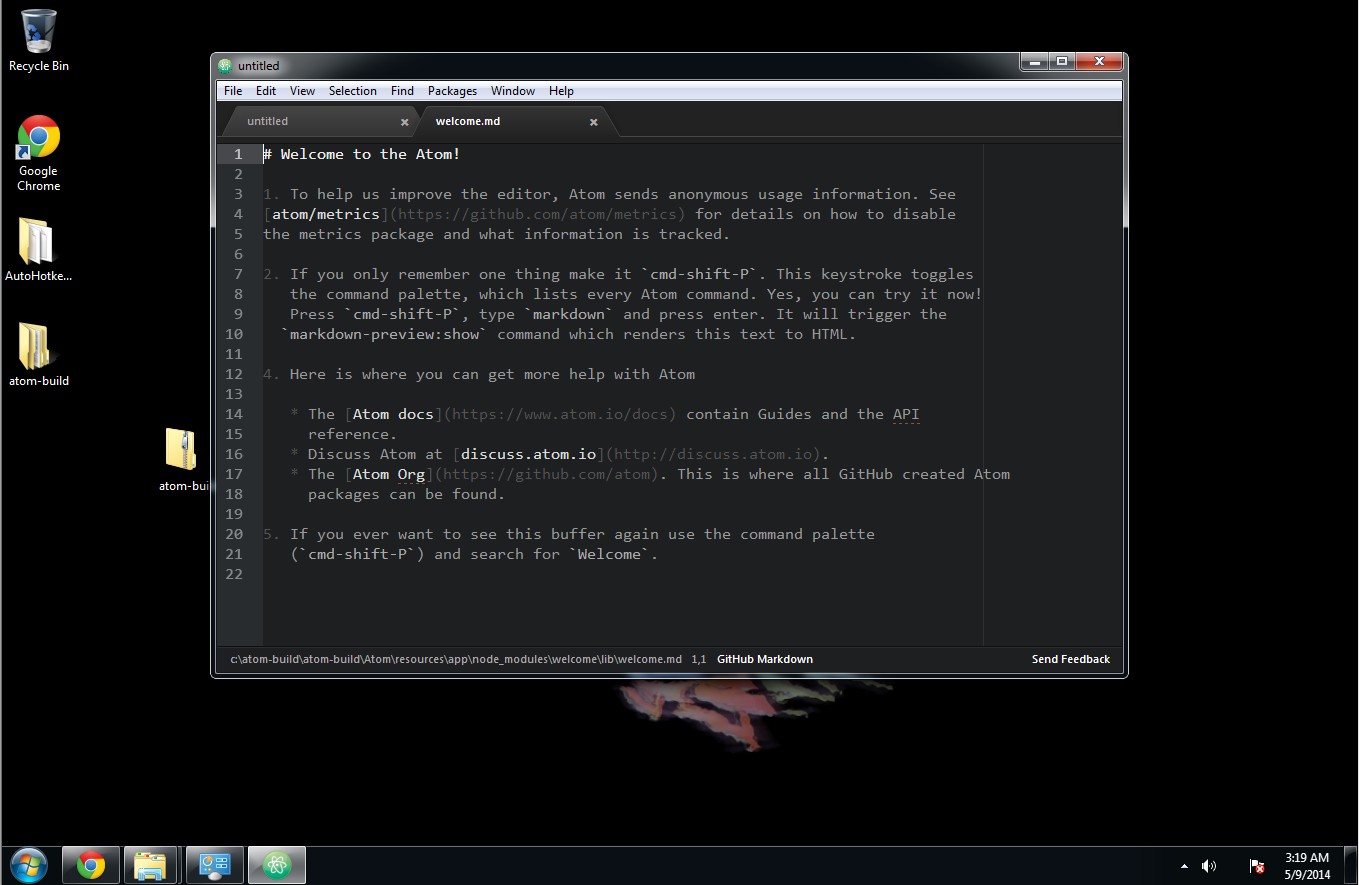 Any form of "MSVP*.DLL" error means you haven't got the Visual C++ 2010 runtime installed.

These executables were built with Visual Studio 2010 and so they require the runtime to work.

Because Atom is a 32-bit application, you'll need to download the 32-bit runtime even if you're on 64-bit. You may already have the runtime installed if you've installed recent applications or games.

This error is common if you're extracting to a long path name like your Desktop. I recommend extracting it so that the base directory is C:\Atom or whichever drive you prefer, as this prevents long path name errors.
If that still doesn't work, please read this comment on HN for more information.

If you want to install packages, you also need to install Visual Studio 2010 C++ Express (free from Microsoft). If you already have an existing version of VS2010 or VS2012, you don't need to do this.

I installed Visual Studio to a non-standard location, and now atom won't find it

You can edit atom-build\Atom\resources\app\apm\node_modules\atom-package-manager\lib on around line 90 with something like vs2010Path = "H:/VS2010/Common7/IDE"; and then restart Atom. Remember to use forward slashes rather than backslashes.